Once upon a time…

1990: “The share of solar energies in global energy provision can and must be increased quickly. This applies especially to developing countries which, within the framework of their agricultural and industrial development programmes, are faced with fundamental decisions on the choice of energy sources and carriers. Although developing countries are mostly situated in warm regions where conditions for the use of solar energies are favourable, they still, for the most part, lack independent access to the necessary technologies.”

2010: “So although renewable energies have become acceptable, they should by no means affect the fossil and nuclear energy system, but should only be available for additional energy needs: There should therefore be no substitution of nuclear and fossil energies!(…) The new consensus on renewable energy is a sham consensus. At best, the established forces in energy supply are aiming for a coexistence of nuclear and fossil fuels with renewable energies – with the largest possible share for the former and the demand that renewable energies be integrated into the structures of conventional energy supply and channelled and limited accordingly.(…) However, the aim must be the complete replacement of the existing energy system. To rely only on a limited share of renewable energies would be an unjustifiable strategic self-limitation with the consequence that the conventional system would have to be continued in the long term and even supported politically.”
Hermann Scheer: Der energethische Imperativ. 100 Prozent jetzt: 2010, p. 20/21 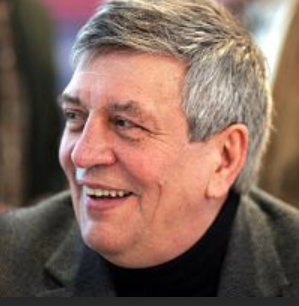 Both texts by Renewable Energy Visionary Hermann Scheer (1944 – 2010) asking in 1990 for the creation of a International renewable Energy agency, became later IRENA.  Almost forgotten by a lot of people, even members of his Social democratic Party in Germany.